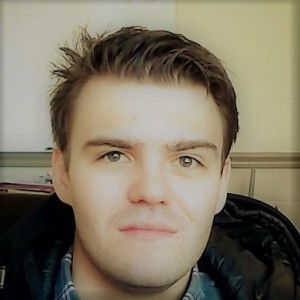 Entrepreneurship is the Culture of America

Why has America been so successful? What has been the most important factor which has made this country so influential in driving change, innovation, and progress? For me, the most significant driver of this success has been an undying entrepreneurial spirit. American grit. Why has America been able to lead the world in medical, technological and scientific progress? Why has so much of the world’s wealth been accumulated by a small portion of the world’s population? It is because of the unique idea of America that our country has attracted hundreds of millions of hardworking people who have immigrated to start a better life.

My families first immigrants came from Germany in the early 1700’s. They traveled to America and settled in eastern Pennsylvania. What drove them to leave their home and sail across thousands of miles of ocean risking their lives in the process? It was the hope of a better life one where hard work could be rewarded and freedom enjoyed.

This passion and drive which convinced so many people throughout history to come to this land are what makes this place so great. The traits that made these individuals willing to risk it all allowed them to achieve economically what should have been impossible.

What is the Role of an Entrepreneur?

This is what drives today’s entrepreneurs. The role of an entrepreneur is to mix their skills with sweat to create something that did not previously exist. It’s a hard road and one that does not always lead to success but when that success does come it is well deserved.

Small business is responsible for the majority of job creation in this country. Entrepreneurs are the ones who make the American dream into a reality for their families and for those who choose to follow them. Although this road is not one I recommend to everyone it is one I hope many people will start down.

Over the last few years, I have decided to jump deeper and deeper into entrepreneurship. What began as simple side jobs has become a string of failed experiments and sleepless nights leading to where I am today. However, the light can be seen at the end of the tunnel and the future looks bright. It takes a level of dedication and commitment that few people are willing to put forward.

Motivation of an Entrepreneur

I once read about an entrepreneur who joked He worked 80 hours each week in order to avoid working 40. Few people understand the amount of effort required to be successful and are then jealous of what seems to be an overnight success story. Appreciate the sacrifices made by those who have gone before.

This year there will be hundreds of thousands of new companies formed many will fail in their first year but a few will make it to 5 years and others still will continue on to become the next great leaders in our world’s industries. I hope that many of you will gain confidence and be able to learn from my mistakes. Take the advice of mentors who have paved the road for us and let us build on their foundations.

Good luck on your journey and I hope we can walk together for a while. Be sure to Accomplish Something Each Day to keep moving forward in your goals.

Thanks for listening to my first ever podcast. Let me know down in the comments below what you want to hear about in the future.