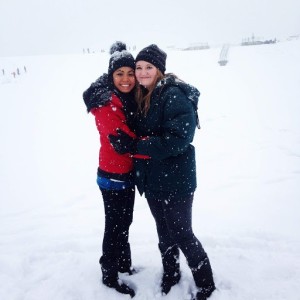 Quotes & Videos That Will Inspire You to Take Action

Sometimes, we all need a little kick. In this life, there will be bumps in the road and we do not get to control every situation that happens to us. The only thing that we get to control in this life is our attitude. If you want to live your dream, you will have to fight for it. If you have a fear of change and a fear of failure, then you will not succeed. Don’t wait until the world tells you that you are ready. Give yourself permission to fail and don’t ever stop. Follow your dreams and create a future that you will be proud to achieve.

Here are 7 motivational videos and quotes that will help you find inspiration:

1. Hidden Figures- Be the First

In this clip, Mary Jackson fights to be allowed to attend classes that would further her work as a NASA engineer. Never give up on your dreams and never underestimate the power of words.

2. The Curious Case of Benjamin Button- It’s Never Too Late to Be Who You Want to Be

Born under unusual circumstances, Benjamin Button (Brad Pitt) springs into being as an elderly man in a New Orleans nursing home and ages in reverse. Being proud of what you do, the company you keep, and your purpose in life is vital to your success.

Famous Inspiration Line: “I hope you live a life you’re proud of, and if you find that you’re not. I hope you have the strength to start all over again.”

“Twenty years from now, you will be more disappointed by the things that you didn’t do than by the ones you did do, so throw off the bowlines, sail away from safe harbor, catch the trade winds in your sails. Explore, Dream, Discover.” Mark Twain, author.

3. Are you scared of change? – Motivational video (Feat Peter Dinklage)

Peter Dinklage is an American actor and film producer. Dinklage studied acting at Bennington College, starring in a number of amateur stage productions. After several failed attempts of becoming a successful actor, Dinklage got a day job where he stayed for 6 years. He let his dreams die and he had given up. But, at the age of 29, Dinklage found his motivation and took the next acting job that he was offered.

Famous Inspiration Quote:  “Don’t search for defining moments, because they will never come. The moments that define you have already happened, and they will already happen again. And passes so quickly, so please bring each other along with you.”

“When everything seems to be going against you, remember that the airplane takes off against the wind, not with it.” Henry Ford, founder of Ford Motor Company.

Most people stop pushing themselves and stop working towards their dreams. If you are not a risk taker and you let fear control you, you will fail. Learn how to be on your own and stop being a follower. “You will never be the best copy-cat in the world.” Invest in yourself and be willing to die for what you believe. Don’t let anyone steal your dream because you can live your dream.

The Wolf of Wall Street is based on the true story of Jordan Belfort (Leonardo DiCaprio), from his rise to a wealthy stock-broker living the high life to his fall involving crime, corruption and the federal government. This entire movie is full of outrageous monologues that can give you some motivation.

Famous Inspirational Quote: “So you listen to me and you listen well. Are you behind on your credit card bills? Good — pick up the phone and start dialing!”

First, have a definite, clear practical ideal; a goal, an objective. Second, have the necessary means to achieve your ends; wisdom, money, materials, and methods. Third, adjust all your means to that end. –Aristotle

6. Never Doubt Yourself (Motivational Video) The Enemy Within

Only you have the power to decide who you become. You create your own fate and others should not decide that for you. Believe that you are good enough and believe that you are worthy. Create meaningful goals that give you motivation and make you excited to wake up every day.

Famous Inspiration Quote: “There is no greater pain that can be inflicted on you, than your own internal enemy. Your own thoughts will cause you more pain than anyone or anything. They can be likened to a terrorist living in your soul. But when you learn to control and direct your mind, you can direct that internal voice to work for you, rather than against you.”

The heart is fully developed at least 20 years before the brain is. Your heart is fully formed in the fetus, your brain, on the other hand, takes years to fully form and develop. Your heart is wiser than your brain and is the most powerful intelligence in your body. Living inside your head is dangerous and is reckless. But, your heart takes you to where you want to go, so follow your heart and don’t choose your path out of fear.

Famous Inspiration Quote: “Being practical or logical will never lead to true fulfillment or happiness. You can only get that when you live fully as your authentic self and follow your heart, even if that doesn’t suit those around you.”

“Too many of us are not living our dreams because we are living our fears.” –Les Brown

Are you more concerned with how others view you or with how you view yourself? Stop With the Common Excuses and Take Action. It is never too late or too early to be who you want to be, there is no time limit. Live a life that you are proud of and follow your dreams because they are worth fighting for.